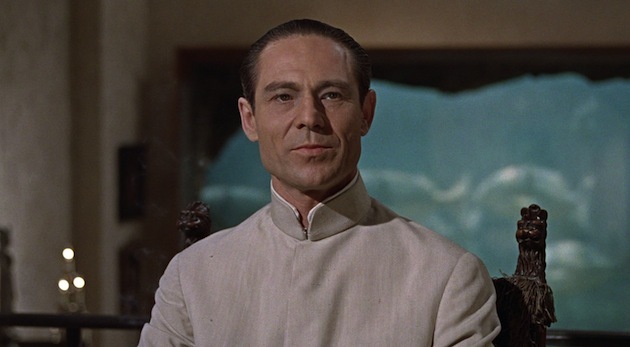 A few days ago marked one year since I made the jump from TechCrunch to CrunchFund — from writer to investor. It has been a fantastic year and I’m really happy with all of the investments we’ve made (not all of them are listed as some are still under-the-radar/undisclosed, but that’s most of them).

And I’m really glad that I’ve been able to keep writing. Obviously, my pace has slowed. But as I’ve always said, I’ll never stop writing. Here, there, or anywhere.

One thing I haven’t written too much about yet is investing. That has been on purpose. I learned during my professional blogging years that pretty much above all else, context is key. That is, anyone can write something about anything, but without the proper knowledge about a topic, your post is likely to range from weak to pure shit.

I think about this often when I look at new tech bloggers out there today. I read things that are more or less nonsense — how can you mention this without mentioning that? — but they don’t realize it. Because they can’t realize it. Not yet.

I say that as someone who was in the same boat a few years ago. I was writing and writing and writing, but I often lacked vital context about various topics. That’s a good argument for editors, I suppose. But in the world of fast-paced blogging, there is no going back. You have to learn by being burned. And time solves this since it gives you context. That’s why my number one recommendation for new bloggers is to read as much as you can. You need to be a sponge of information so you can quickly call upon it when you need to write something.

Anyway. Knowing what I know now, I can recognize that I still lack the context to write with certainty and authority about the investing space. For now, I’ll leave that to others. I hope one day to add my voice, but it will take a while — I’m still very much learning.

One thing I do feel comfortable weighing in on though is what I have learned. I get asked a lot about the differences between the blogging side of things and the investing side. There are, of course, a ton. (But there is also quite a bit more overlap than you might think.) One of the biggest differences seems straightforward: saying “no”.

It’s obvious, right? If you say “yes” to every investment, you’re going to be the shittiest investor ever. (Or maybe the best, if you have unlimited money and simply allocate it correctly amongst the “winners”.) But it’s still a tough thing to fully grasp.

On the writing side of things, there is no “no”. (Well, for some writers there sort of is.) For the most part, if you take a meeting/pitch, you’re going to write something about that company. It may be positive or it may be negative, but it will be something.

I can count on my fingers the amount of times I took meetings as a blogger over the years and didn’t write something. It was almost always the result of some fuck up, like a broken embargo (more on that). And so it was weird at first to take meetings with startups and know that for most of them, the answer was going to be “no”.

This was especially hard because over the course of my blogging career, I grew to have so much respect and appreciation for startups, learning and hearing and seeing first-hand how hard it is for entrepreneurs to do what they do. When someone first pitches me their idea, it’s incredibly hard not to get wrapped up in their passion and stand up and scream “YES!”

But you can’t do that.

The truth is that this wouldn’t be helpful for anyone — either the investor or the startup. At first, this may not be apparent — money is money, right? Perhaps in some situations, yes. But the best investors provide far more than money. And the best startups appreciate having the right people around them far more than the money. Money is the cost of admission to a wild ride.

And so the hard part of saying “no” isn’t actually the saying of the words, it’s figuring out when you need to say it and why.

It may not be obvious — after all, we have the money and almost always, the idea/product is intriguing is some way. But we have to ask ourselves two things: 1) can we actually help in any meaningful way? 2) do we really believe?

If we can’t answer the first question in the affirmative, we’d just be taking up space and potentially a slot from another investor who could help in a way that may mean life or death for the startup.

If we can’t answer the second question in the affirmative, it’s just as problematic. Every startup is going to face dozens if not hundreds of challenges over the course of their existence. True believers are needed to stay on course and push through.

That’s not to say everyone should be a “yes” man — that’s also potentially fatal — but there needs to be complete conviction in some element, be it the team, the product, or the vision, to weather storms. If you don’t really believe, you’re far more likely to jump ship, potentially hurting everyone.

And really, what’s the point of backing something you don’t believe in? You’re dead weight.

I also think about the Apple product philosophy (of course). The company’s success can be attributed just as much to what they say “no” to as what they say “yes” to. Given the number of investments we’ve made in the past year, it may not seem like we say “no” all that often (heh), but believe me, it has been almost all “no’s”.

It’s not something I’d say I’m “happy” about. But I’ve learned the value of what seems to be a negative thing.

Obviously, we’ll end up regretting some of the “no’s” from a pure business perspective. That is, some of those companies — maybe even a lot of them — will go on to be successful. I hope they do. But again, the power of “no” works both ways. Maybe they achieved that success in some small way because of our “no”. Maybe it further fueled their fire. Or maybe it allowed another investor to come on board and they in turn helped kickstart the sprint to success.

It’s never going to be easy to say “no”. But this past year for me has been about learning when and why to say it. And learning that it’s just as important as “yes” — for both sides.