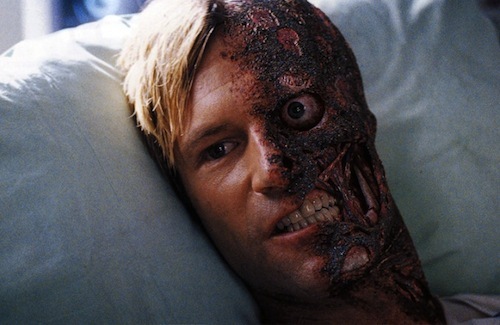 Over the past month, I’ve been watching Dalton Caldwell’s App.net experiment with much interest. Essentially, he’s trying to rebuild Twitter from the ground up, only as a fully user and developer-supported network. In other words, he’s pissed off — as many people are — about some of the changes Twitter is undergoing in an apparent attempt to monetize. Caldwell has been trying to crowd-fund $500,000 to build this network, and if he gets it, he promises the service will provide “a different kind of social platform”.

I like Dalton. I’ve known him since the days he was building imeem, through picplz, through the first app.net, and now onto the new version. We meet up and chat from time to time. I sincerely hope he succeeds in getting the money to build the new App.net (they’re about halfway there with five days to go) because I believe competition is always a good thing. If successful, App.net may push Twitter, Facebook, and the rest to better serve their users.

But here’s the thing: I don’t think App.net will succeed.

I hate to be the spoil-sport. The cynic. The asshole. But I prefer to think of myself as the realist. While it’s great that we’re all going gooey over the altruistic underpinnings of the message here, I think honesty is just as important. Actually, it’s more important.

App.net is not going to succeed because we don’t really want it to succeed. Deep down, we all know that it’s much better as an idea, rather than a reality. Because the reality of the situation is that if App.net ever was successful, it would face many of the same hard choices that Twitter now does. Or it would fade away.

In other words, to quote Harvey Dent, “You either die a hero or you live long enough to see yourself become the villain.”

App.net is meant to die as the hero. It’s meant to be remembered as the thing that was going to change everything, but the cruel world shot it down. Maybe it rallies others or maybe it doesn’t. It doesn’t really matter. All that matters is that the thought of it makes us feel better for a few seconds. Then life moves on. Reality moves on.

App.net’s problem is two-fold. First, Twitter already exists. More specifically, it already exists at scale. Second, the web is simply not conducive to a user-supported service reaching the scale of a Twitter. Yes, that sucks. But again, it’s reality.

Even if App.net hits its money goal and gets fully built (an early alpha is here), it won’t ever grow big enough to truly challenge Twitter. Maybe you think that’s fine. Maybe it could exist as a self-sustaining smaller network. That’s nice — but that’s not what drives anyone. No one sets out to be second-rate. And the best people don’t flock to those services. That’s why these things tend to not work.

That goes back to the idea of living long enough to become the villain.

If App.net gets built and sees some success, the tough choices will present themselves quickly. It’s easy to say you’ll do the right thing, but “the right thing” has a funny way of becoming relative.

Just look at Google executive Vic Gundotra last week. In the wake of some Facebook backlash (after another Dalton post, no less), he took the opportunity to suggest that Google+ would never do things that the other social networks are now doing. Except that Google’s own history suggests otherwise. Just because they’re not in the position of power in this case, they can make such declarations. But if they were the dominant player, things would be different. They always are.

I know all of this is depressing and probably not what anyone wants to hear. Believe me, I’m worried about what Twitter is becoming too. But I also feel the need to call a spade a spade. App.net looks like the hero right now only because it hasn’t had the opportunity to become the villain. And it probably never will.

You know it’s going to be an entertaining blog post when the lede is: “See the end of the editorial for an important update.” So when I read the Jon Fingas editorial on Engadget entitled, Amazon and Google are undermining mobile pricing,... Continue →