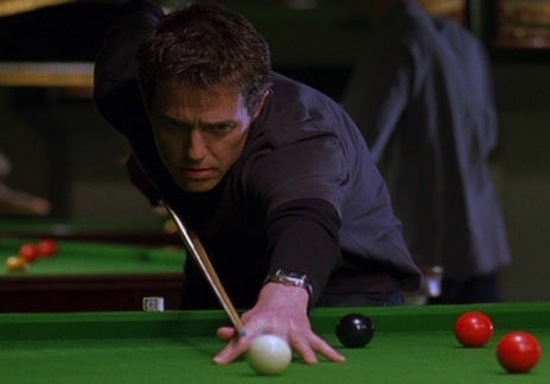 I find the key is to think of a day as units of time, each unit consisting of no more than thirty minutes. Full hours can be a little bit intimidating and most activities take about half an hour.

— Will Freeman, About a Boy

I have very poor time-management skills. It’s not that I sit around and do nothing — quite the opposite: once I commit to doing something, I have a hard time stopping. This often makes me late for basically everything in life. And on the flip side, it makes starting larger activities, like writing, even more daunting. I basically have to block off hours at a time.

When I was a full-time writer, this was less of a problem because I basically had one job: to write. Sure, I had a meeting here or there, but rarely more than one in a day. And often none at all. I was just chained to my desk all day, doing one thing. My calendar was simple.

Obviously, this system won’t work for everyone. And indeed, it will be far from ideal for many people. But I’ve been pretty amazed how much more I can get done in a day by sticking to my Will Freeman-esque units of time.

Previously, I would put a meeting on my books and leave it set for the setting that is the default on most calendars: one hour. Not only is a full hour intimidating — you only have 24 of them in a day, and really only 16-18 waking ones, and that’s if you’re always working — but I have found it to be excessive in the case of most meetings.

(Just to be clear, I’m talking about initial meetings here. Obviously, there often are plenty of reasons why longer meetings will be necessary on the road to an investment.)

When you go into a meeting knowing it’s set to be an hour long, I’ve found that all parties (myself included) will go out of their way to make sure they take up that full hour. That often means padding at the beginning of the conversation (the weather, sports, etc). And fillers at the end (unnecessary questions, “what’s the rest of your day look like?”, etc).

For whatever reason, it seems to be built into our psyche that it’s rude to end a meeting early. So an hour meeting has to be an hour…

…Or more! Often, I’d find my hour meetings spilling beyond the 90-minute mark as well. Again, once I start something, I have a hard time stopping. This was the destroyer of entire days.

30-minute meetings are so much sweeter. As long as you make the length clear at the beginning of the meeting, I find that everyone (again, myself included) gets right to the point and cuts out a lot of the filler and padding that makes up a ridiculous amount of every conversation.

I know that may sound a bit crass. But pay attention to the next conversation you have — how much of it is filled with things that really don’t need to be said? A lot.

Sure, that’s a part of human nature and society — maybe you will make a connection with someone by something said in the filler time. But again, as I’ve been sticking to these 30-minute meetings, I’ve found that all parties are much happier. Entrepreneurs can get back to work. I can take some time to process the meeting rather than rushing to the next one that I’m already late for.

Even with these 30-minute “units”, as Will Freeman notes:

It’s amazing how the day fills up, and I often wonder, to be absolutely honest, if I’d ever have time for a job; how do people cram them in?

Ripping Off The Bloody Band-Aid

It’s really not that hard to understand. Nor is it evil. Nor is it perfect. Nor is it the end of the world. It is what it is. And my bet is that, as usual, the outrage will be relatively short-lived. I’m talking, of course, about the... Continue →